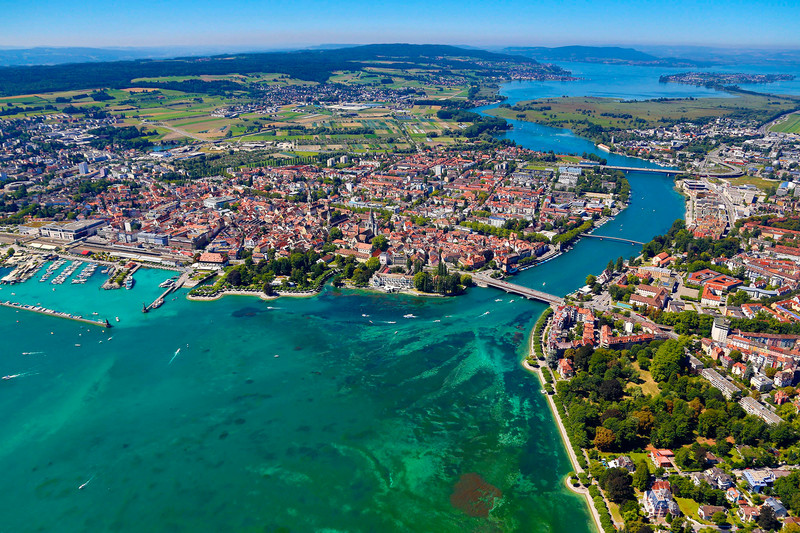 
Konstanz is a city located in South Germany and adjacent to Kreuzlingen, Switzerland. The city is situated where the Rhine River flows out of Lake Constance (Bodensee). It is the most popular tourist resort on the lake and is also a convention centre. The residential and industrial areas are mostly situated north of the Rhine (there bridged) in the district of Petershausen and adjacent suburbs. The city is split in two by the Rhine. Although the Rhine is the usual border between Switzerland and Germany, the historic part of Konstanz lies on the south ("Swiss") side of the Rhine and is more or less an enclave. 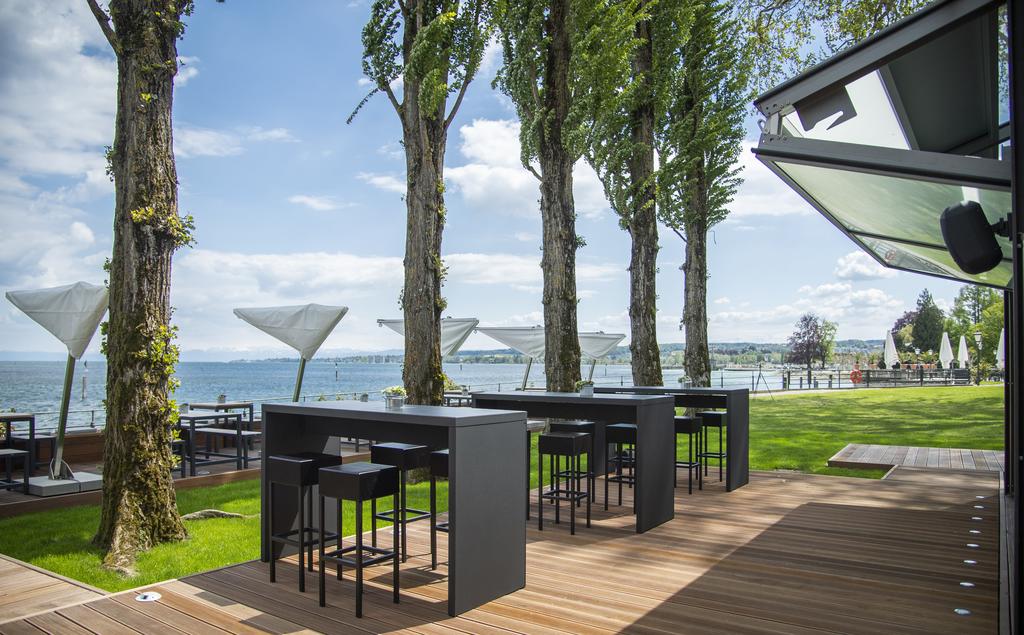 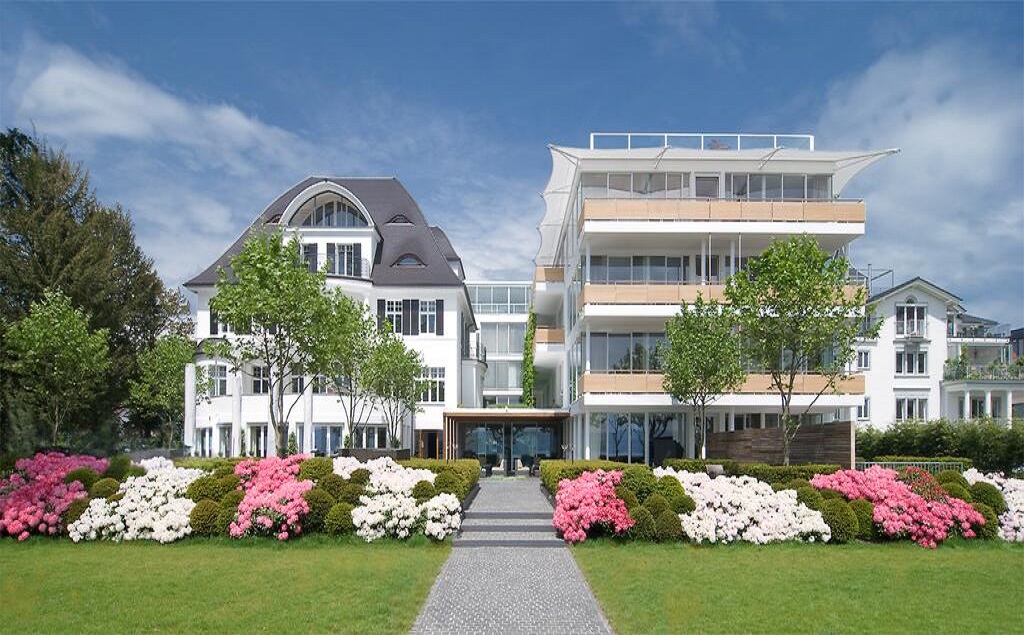 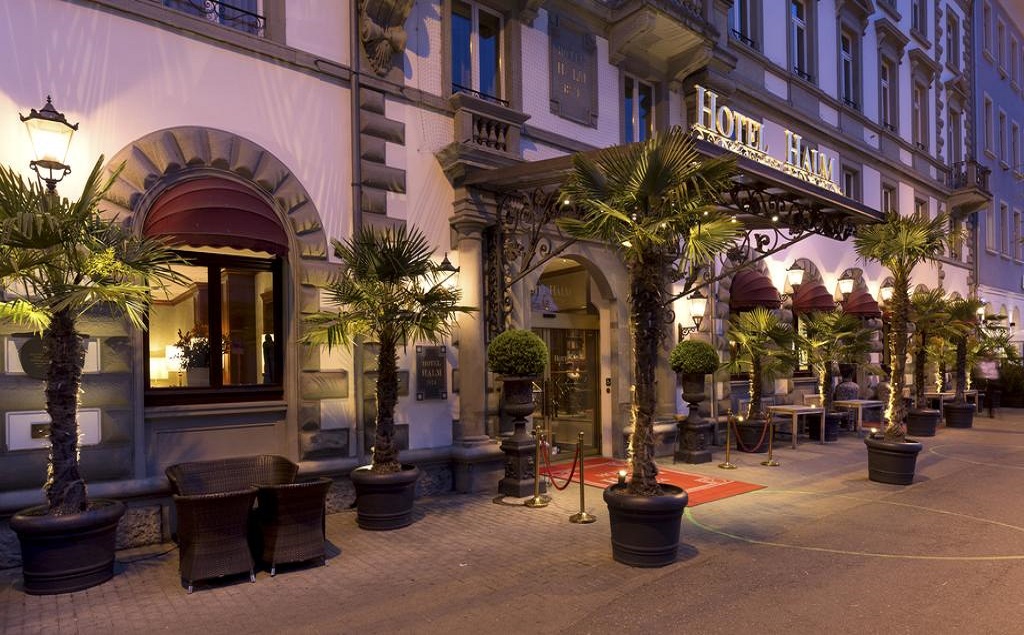 How To Get To Konstanz

By Plane: Konstanz has no commercial airport. The closest airports are: Zurich Airport (Switzerland), Friedrichshafen Airport (Germany), Stuttgart Airport (Germany), EuroAirport (Basel, Switzerland).
By Train: Konstanz has multiple train stations. The Konstanz Hauptbahnhof is the main station and is located in the old town. It's the last German stop before the Swiss border, and is therefore served by both German and Swiss trains. Hourly direct trains from Zurich Main Station (1hr 20min) go via Zurich Airport. Zurich Main Station has excellent connections to the rest of Switzerland as well as Italy, Austria and France.
By Car: From Germany: from the A81, take the B33 into Konstanz. From Switzerland: the A7 leads straight into Konstanz.
By Boat: Car ferry from Meersburg, runs several times an hour from 06:00 until 24:00, and once an hour from 00:00 until 06:00. Katamaran from Friedrichshafen, runs once an hour from 06:00 until 19:00.

Places and Landmarks in Konstanz

The Harbour: From the harbour on a clear day, you can see the Swiss and Austrian alps across the lake.
Mainau flower island: By car: follow Mainaust; by bus: bus line 4), [1]. Every day from sunrise until sunset. Flower gardens and parks, butterfly house, greenhouse. Mar 19 - Oct 24: €17.00 adult, €10.00 students, children under 13 free. Off-season is about half-price
Niederburg district: This charming district, located at the North-west corner of old town, is the oldest part of Konstanz. It is made up of narrow streets and old buidings, sometimes more then 700 years old.
Bismarck Tower: Located on 'Bismarksteig' street in the Petershausen district. There are towers commemorating the first German chancellor Otto von Bismarck all over Germany. Konstanz's Bismarck tower is located at the top of a grapevine-covered hill.
Imperia statue: Located at the harbour entrance and designed by artist Peter Lenk. The statue is of a woman holding two naked men--Pope Martin V and Emperor Sigismund--in her hands. The men wear only the papal tiara and the crown, respectively. The statue refers to a short story by Balzac, "La belle Imperia"
Sculptures along the German-Swiss border: Located along the border, next to the lake. Where there used to be a border fence, there is now a series of 22 sculptures representing the trumps of the tarot, the "Great Arkana"

Things To Do In Konstanz

Boat Trip Take a boat trip on the lake. The ticket office is located at the harbour, just past the pedestrian underpass. You can take trips to e.g. Meersburg, flower island Mainau, Ueberlingen, Friedrichshafen, Lindau, Bregenz.
Black Forest The Black Forest (Schwarzwald) in Germany is about 2 hours away by train or 1.5 hours by car.
Swiss Alps In the winter, sign up at one of the local sports stores (e.g. Intersport Gruner across from the Lago Center, or Karstadt Sport in the basement of the Lago Center) to join a bus day-trip to a ski resort.
Visit Kreuzlingen Neighbouring Swiss city Kreuzlingen has a really nice waterfront with large parks and playgrounds and a small zoo. Simply walk south along the waterfront from Konstanz to get there.
Gigantic cross-border flea market This flea market is several kilometres long and crosses the border to Kreuzlingen, Switzerland. The bulk of the market is in Konstanz though. It sells the usual flea market stuff, but is impressive due to its sheer size. It takes place in June or July (2-3 July 2011)... 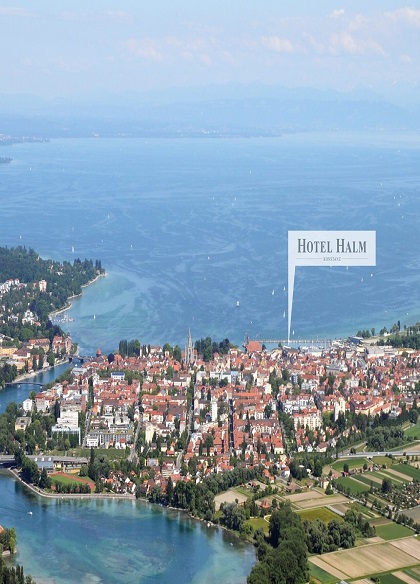 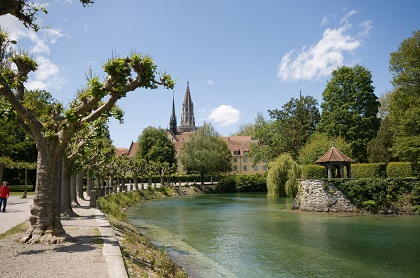 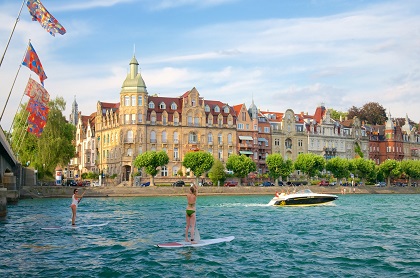 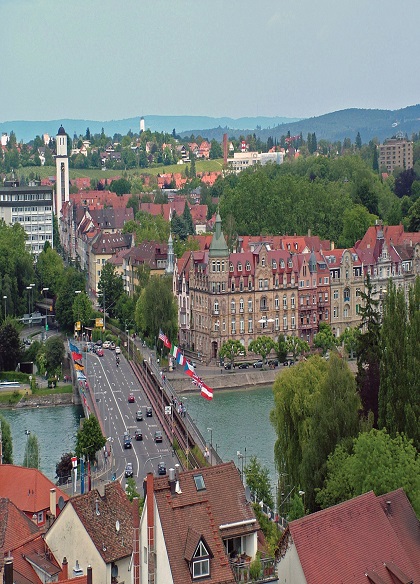 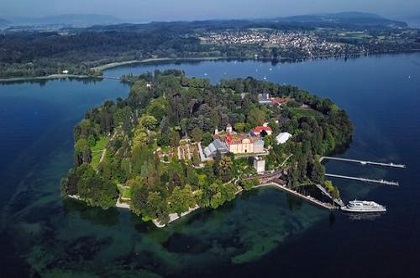 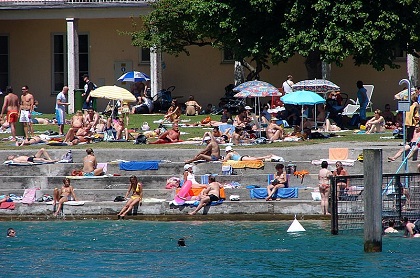