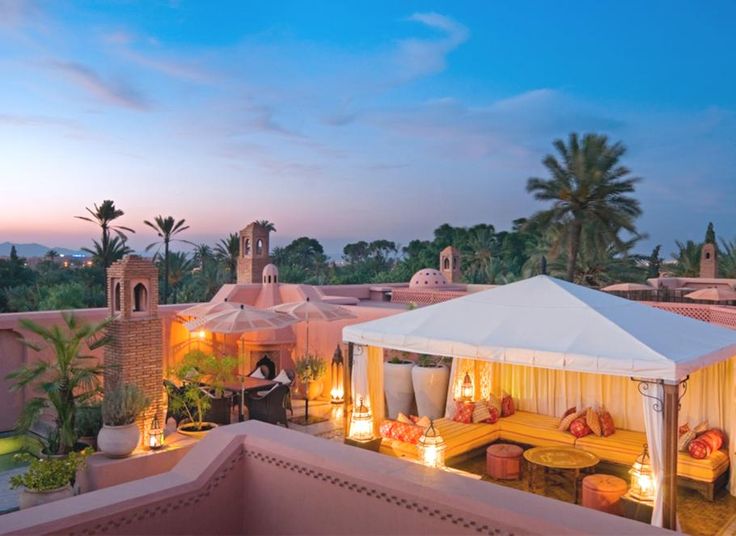 
Marrakesh, also known as the red city, is a major city of the Kingdom of Morocco. It is the fourth largest city in the country, after Casablanca, Fez and Tangier. It is Located to the north of the foothills of the snow-topped Atlas Mountains, Marrakesh is situated 580 km (360 mi) southwest of Tangier, 327 km (203 mi) southwest of the Moroccan capital of Rabat, 239 km (149 mi) south of Casablanca, and 246 km (153 mi) northeast of Agadir. Since independence from France in 1956, Marrakesh has thrived as a tourist destination. In the 1960s and early 1970s the city became a trendy "hippie mecca". It attracted numerous western rock stars and musicians, artists, film directors and actors, models, and fashion divas,leading tourism revenues to double in Morocco between 1965 and 1970. Yves Saint Laurent, The Beatles, The Rolling Stones and Jean-Paul Getty all spent significant time in the city; Laurent bought a property here and renovated the Majorelle Gardens. The city is popular with the French, and many French celebrities have bought property in the city, including fashion moguls Yves St Laurent and Jean-Paul Gaultier. In the 1990s very few foreigners lived in the city, but real estate developments have dramatically increased in the last 15 years; by 2005 over 3,000 foreigners had purchased properties in the city, lured by its culture, climate, scenic landscapes and the relatively cheap house prices.It has been cited in French weekly magazine Le Point as the second St Tropez. 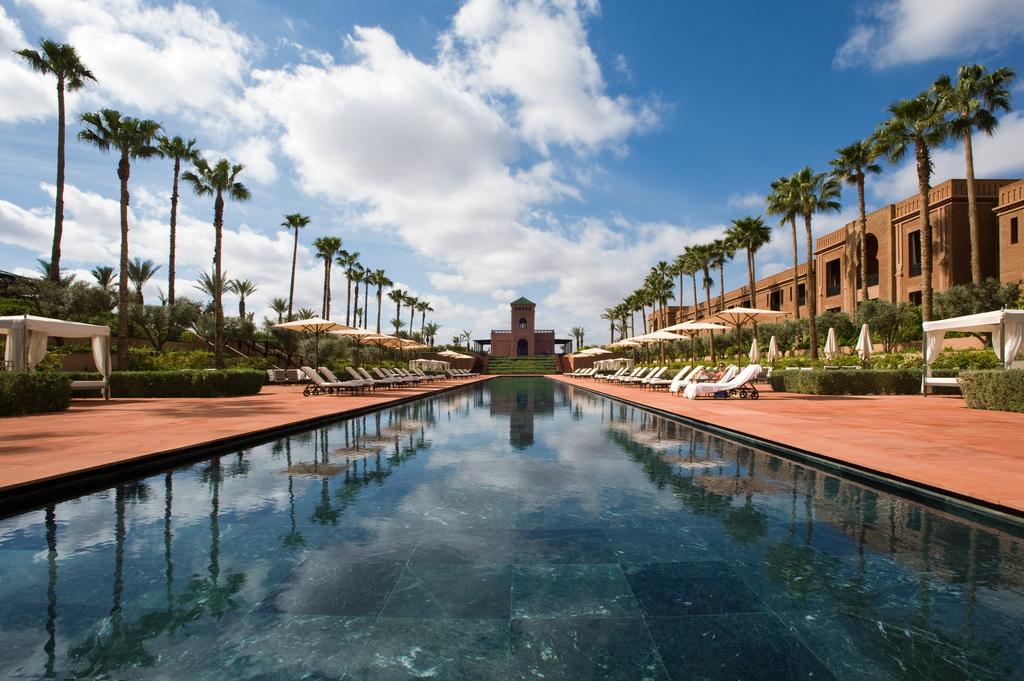 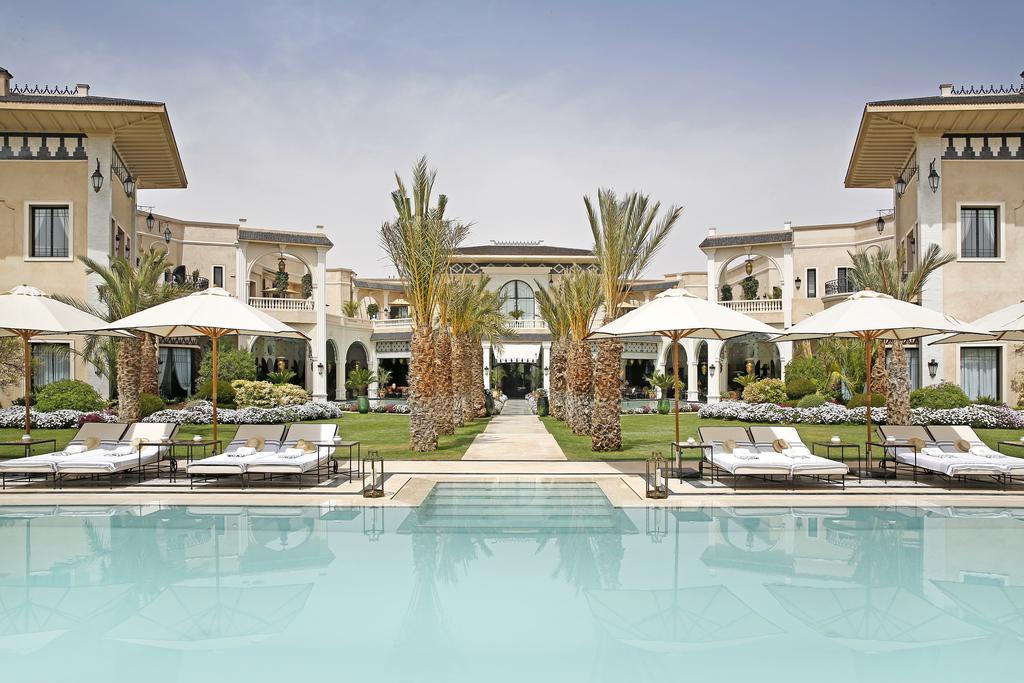 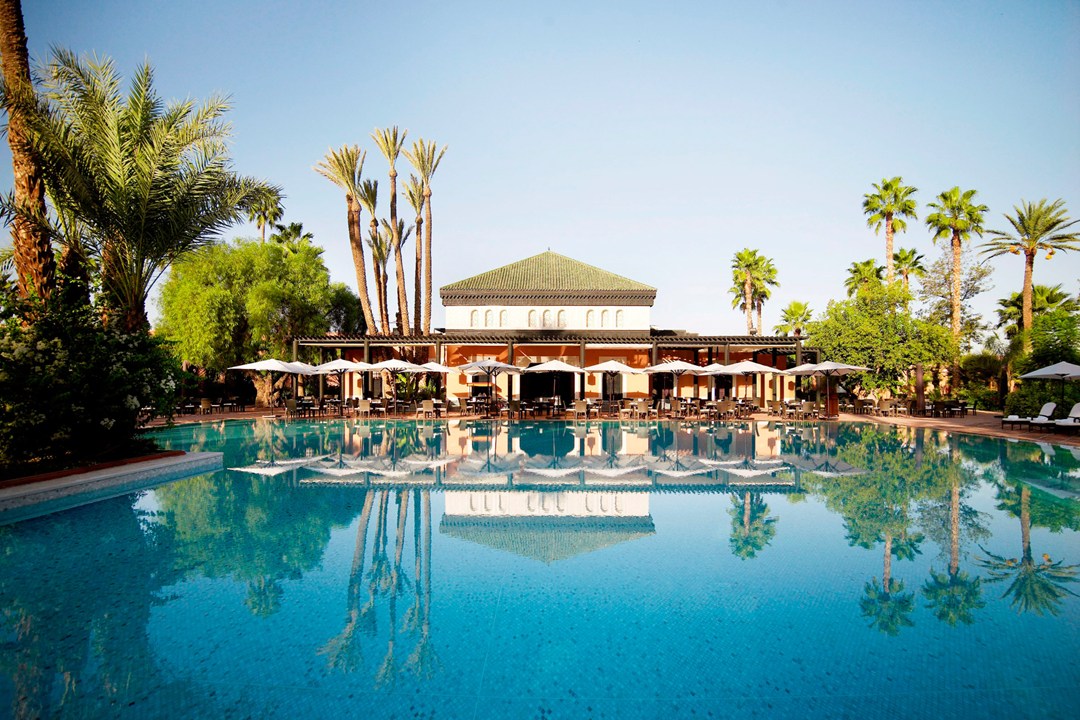 The Marrakesh-Menara Airport (RAK) is approximately 8 km (5 mi) southwest of the city centre and is only 20 minutes drive Currency: The Dirham is the Moroccan Curency. 1 British Pound or Euro is equivalent to 12 Dirhams. A US dollar is equivalent to 10 Dirhams. There are cash machines and exchange offices all over the city. In some shops, Euros and US Dollar is accepted though no change will be given. The climate in Marrakesh is hot semi-arid. The Average temperatures range from 12 ³C (54 ³F) in the winter to 32-45 ³C (90-113 ³F) in the summer. Marrakech, unlike many other countries in North Africa, is quite liberal and semi-westernised. No visa is required for UK or European citizens. Only a valid passport is required. Photos and Directions come with a price tag: If you snap a picture of a snake charmer, monkey, or street dancer or entertainer in Marrakech, You are expected to pay for them and may be hassled you if you don't. Transport: Taxis are everywhere and rather cheap (under 20-Dirham per trip, around £2.00) and drivers rarely use the meter. However, it is advisable to negotiate the taxi fare before boarding any petit taxi or you may be shocked by the price. Remember to bargain everywhere!

There are plenty of Hotels that suits all budgets in Marrakech. You'll find all kinds of accommodation, from discount pads to luxury hotels in Marrakech - so whether you're saving your spending money for the buzzing Souk markets or looking to splurge, you'll be catered for here. Even the more boutique hotels tend to have a swimming pool and bar, perfect for freshening up in the heat. Top Hotels: Royal Mansour is one of the best hotels in Marrackech, located in the heart of the city and Offering an outdoor and indoor pool. The hotel is 1.2 miles from Bahia Palace and a 5-minute walk from the famous Djemaa El Fna square. You will find a spa and wellness centre. Other facilities offered include meeting facilities and luggage storage. The property offers free parking on site. The hotel is 1.2 miles from Conference Palace and from Majorelle Gardens. Marrakech-Menara Airport is a 15-minute drive away.

One adventure not to miss is a day trip to the Atlas Mountains. You can leave the hustle bustle of Marrackech behind you and embark on a refreshing day trip to the Atlas Mountains and embrace nature and get closer to understanding and experiencing the ancient Berber way of life. During the trip, an accredited official Guide will guide you through the landscape as the red city walls give way to plains, green valleys, gorges, rivers, and waterfalls. Just an hour ride from the city, the Atlas mountains are like a different world with the cool, fresh mountain air. You will have a chance to stop for a visit of an original Berber house and learn about their ancient traditions . The Berber family will make a welcoming tea and show you how to make traditional Moroccan mint tea. Continue up to reach the last village where you will take a short guided walk along some of the pretty trails to reach the spectacular waterfall. Feast on a delicious Berber lunch full of flavor with your feet in the water in a local restaurant.

Enjoy bird's-eye views of Morocco's deserts and the foothills of the Atlas Mountains on a sunrise hot-air balloon ride from Marrakech. A must for Marrakech visitors to experience. Touch down for a freshly prepared Berber breakfast followed by a camel ride through the palm-scattered desert, and then return to Marrakech by 4x4 vehicle. A flight certificate is included as a souvenir of your experience. Step into the basket and take to the skies! Each basket holds a maximum of 16 people and there's plenty of room for you to sightsee comfortably as you soar up and away. Soak up the serene desert landscape as your pilot takes you over the foothills of the High Atlas Mountains on a 40-50 minute flight (depending on wind and weather conditions).Before leaving, you'll be presented with a flight certificate to commemorate your Marrakech hot air balloon experience. Then, travel by 4x4 vehicle back to your hotel in the late morning, allowing you to enjoy the rest of the day in Marrakech.

Explore the rugged desert, wild palm groves and rural Berber villages outside Marrakech on this tour by 4WD quad bike. Meet your guide, master the controls of your bike and head out for a desert adventure through sprawling palm groves, dry riverbeds and ancient volcanic landscapes. Stop for a cup of Moroccan tea with a local family along the way.Numbers are limited to five on this small-group morning or afternoon tour, ensuring you'll receive personalized attention from your guide. Midway through your tour, stop for a cup of Moroccan tea and a snack with a local family. With your guide as translator, perhaps talk to them about their experiences as you share a moment together. Enjoy the silence and serenity of the desert surroundings before hopping back on your quad bike and continuing your rugged desert ride. Conclude your tour back at the base camp, and then relax on the drive to your Marrakech hotel

Other guests brought flowers, but Yves Saint Laurent gifted the Jardin Majorelle to Marrakesh, the city that adopted him in 1966. Saint Laurent and his partner Pierre BergÅ bought the electric-blue villa and its garden to preserve the vision of its original owner, landscape painter Jacques Majorelle, and keep it open to the public. The garden began cultivating in 1924 and thanks to Marrakshi ethnobotanist Abderrazak BenchaÀbane, the psychedelic desert mirage of 300 plant species from five continents continues to be preserved. By far one of the country's most beautifully curated museums, the collection includes wood, leather and metalwork, textiles, musical instruments, religious trappings, and a display of the various regional traditional dress. Best of all is the mirrored, midnight-black octagonal chamber displaying a sumptuous collection of chiselled, filigreed and enamelled jewellery that reflect into infinity beneath a starry desert sky. From the museum you exit into the boutique with its handsome coffee-table books and pricey souvenirs: Majorelle blue slippers, perfume and pillows embroidered with YSL..

This full day trip from Marrakech to Ouarzazate & Kasbah Ait Ben Haddou is ideal for those of you who cannot spare more than one day to get a sneak of Morocco Sahara desert. Take this round trip of 400 km across the Atlas mountain range via the Tizin'nTichka pass at an altitude of 2269 meters above sea level. Marvel at the brilliant landscape views dotted with Berber villages. Visit Ait Benhaddou village (where Star Wars were filmed). UNESCO as one of the world's cultural treasures has classified the fortified village of Ait Benhaddou. It is studded with crenelated From here, continue to Ouarzazate, which marks the beginning of the Sahara desert. Visit Taourirt Kasbah. This former Glaoui residence, situated on the edge of the town, on the road to Morocco Sahara desert, is considered to be one of the most beautiful kasbahs of Morocco. It consists of a maze of luxury apartments, simple clay houses and crenelated towers, which are lavishly decorated with geometric motifs. Part of the fortified village is open to the public. After some time at leisure for a cup of mint tea or coffee, drive back to Marrakech later in the afternoon while crossing the High Atlas Mountains. 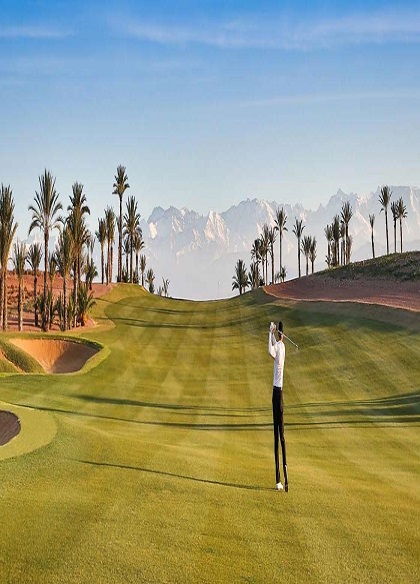 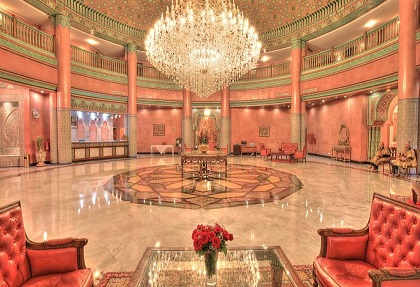 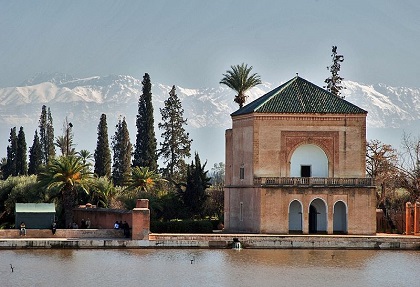 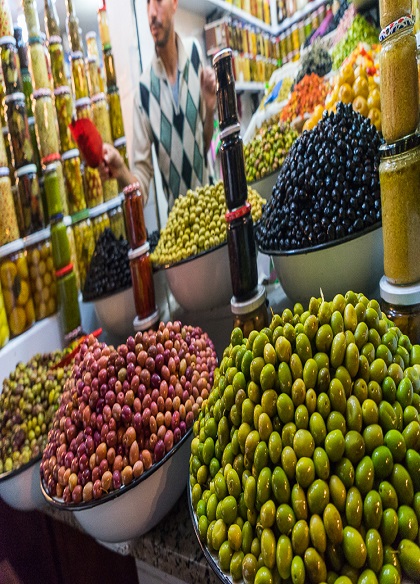 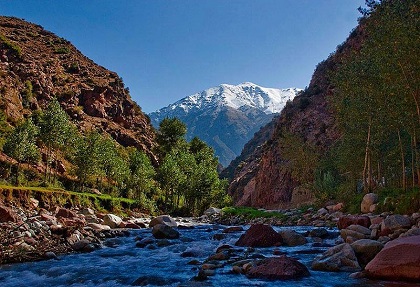 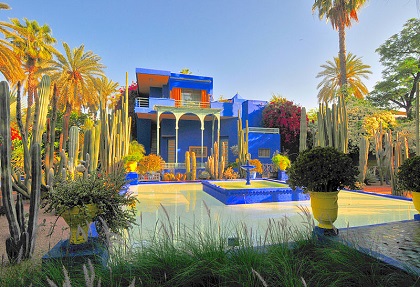